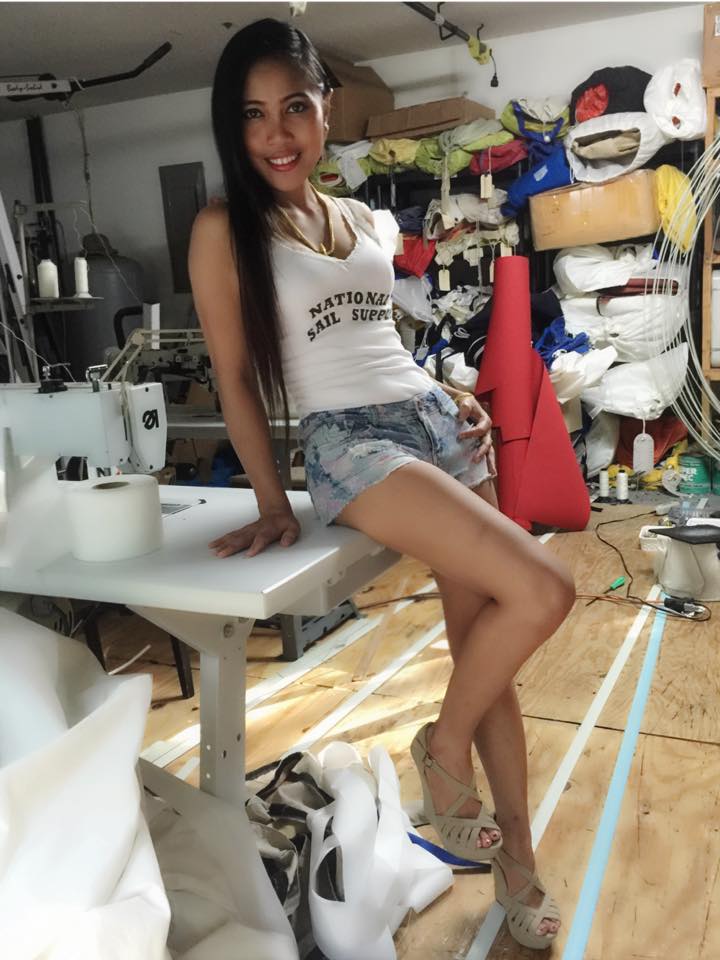 In the early 1990s I was living on the beautiful tropical island of Phuket in Southern Thailand (pronounced “poo-ket”, fortunately). Knowing that I was between jobs (commercial fishing in Alaska, but that’s a whole different story) a sailing friend of mine informed me that there was an Australian gentleman by the name of Rolly Tasker coming to the island to start a new sail loft, and he needed some English speaking help. Knowing nothing about sail making, I offered my services anyway. Rolly accepted. Thus began about 3 years of intensive, 6 day-a-week on the job training. The first hand knowledge I gained from Rolly and his staff, and the hands-on experience with the loft operations, were to become invaluable in the future.

The Move To Florida

Phuket being a very popular destination for blue-water cruisers, we had a  steady flow of visiting sailors from all over the world coming to our loft. A recurring topic among the visiting Americans was; “You know, you ought to open a retail outlet for these sails in the US. With this excellent quality and the incredible pricing it would have to be a success!”. After hearing this enough times, I decided they were right. So I loaded up the family and moved to Florida.

Having never been to Florida, we originally chose the Fort Lauderdale area since it is known as the yachting capital of the US (if not the world). As it turned out though, with the emergence of Internet marketing, we could have moved to Nebraska and it wouldn’t have mattered. Since starting National Sail Supply in January of 1996 we have shipped sails to every state in the country (yep, including Nebraska) as well as throughout South America, the Caribbean, and as far away as Saipan, and Minsk, Belarus.

The Marketing concept is simple: When you receive your new sails and show them to your sailing friends they are immediately impressed with the quality. Then, when they find out how much you paid for the sails, we have instant new customers. This snow-ball effect has continued since our first year, with no end in sight.